This presented provide books are available with us in the gallery. 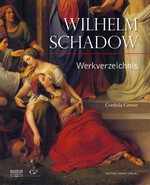 The Catalogue raisonné presented by Cordula Grewe, the internationally acknowledged Schadow-expert, offers much more than a comprehensive overview. It satisfies the scientific demands and at the same time appeals to the general public, because Grewe’s analyzes are knowledgeable, profound, and at the same time they are as read as a criminal story.

This standard work, which finally takes account of the founder of the Dusseldorf painting school, was scientifically supervised by the Museum Kunstpalast Düsseldorf in cooperation with the Galerie Paffrath.

Only available in German. Published in October 2017. 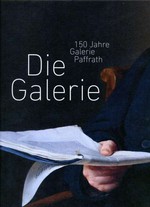 From gallery founding in 1867 to today: Düsseldorf’s most prestigious gallery is presented. With text contributions by Florian Illies, Regine Müller and Stefan Lüddemann.

Written in German and English. 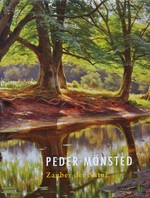 Still waters, play of lights and mirror images – these are motifs that helped Peder Mönsted (1859-1941) to achieve worldwide fame during his lifetime. The Danish landscape painter was a master of light-flooded landscape depictions, which captivate the viewer both through their atmospheric motifs and the very photorealistic rendering.

Together with his team, Hans Paffrath created an initial overview of the works of the Danish painter Peder Mönsted. Over 1000 paintings by the Danish painter are presented in this special edition on 272 pages. With a text by Iris Metje. Released in 2013.

Only available in German. Published in 2013.

Art-historical treasures include the wonderful still lifes by Johann Wilhelm Preyer (1803-1889). Magnificent bouquets of flowers in full bloom or ripe fruits, the scent of which seems to float in the air, entice the viewer to take a closer look. As representatives of the “Düsseldorfer Malerschule”, J. W. Preyer himself, his daughter Emilie, and his brother Gustav and his son Paul in this genre achieved a mastery that had hardly been achieved before.

For the new monograph on the life and work of the artist family, the previous state of knowledge was revised, expanded with materials from a recently found estate, and thus Preyer research was brought up to date. In addition to the extensively illustrated catalog raisonné of the paintings by Johann Wilhelm Preyer and his daughter Emilie, many works are presented in large-format color plates that enable detailed viewing.

Only available in German. Published in 2009. 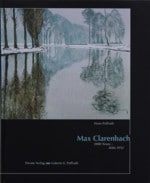 Max Clarenbach is one of the most important personalities of Rhenish painting after the turn of the century. His resume is legendary. He comes from a middle-class family and is a professional artist at an early age. At the age of 14, he began his studies at the Düsseldorf Academy. He became a professor when he was 27 years and a year later he was already the owner of a villa in Wittlaer. He exhibited alongside the French Impressionists Cézanne, Monet, Renoir and van Gogh.

With a text from his descendant Dietrich Clarenbach.

Only available in German. Published in 2001.

Dr. Bettina Baumgärtel (author) and others, Hans Paffrath (ed.) and others

For the first time in art history, this lexicon – a total of three volumes – is a comprehensive treatise on the development of the Düsseldorf School of Painting between 1819 and 1918. In the 19th century, Düsseldorf had developed into an art center of international standing. The Royal Prussian Academy of Art – led by directors with famous names such as Peter Cornelius and Wilhelm Schadow – was also the center of attraction for numerous foreign artists from 17 nations, the majority of whom were Americans and Scandinavians. The Düsseldorf School of Painting is essentially shaped by the impulses given by the individual teachers with their styles and topics in the bourgeois art of the 19th century. Thus, led by the main representatives Johann Wilhelm Preyer, Johann Wilhelm Schirmer, Andreas Achenbach, Johann Peter Hasenclever and Ludwig Knaus, it reflects almost all styles and subjects – history painting, landscape, genre and still life.

For the three-volume lexicon, around 1000 artists were selected from 4000 artist names, whose life is described according to the latest research. Another 1000 are mentioned in an appendix with their most important dates.

Only available in German. Published in 1998. 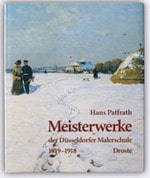 On 228 pages, 103 masterpieces from the Düsseldorfer School of Painting are presented.

Only available in German. Published in 1995. 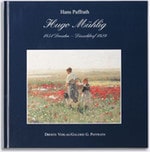 Hugo Mühlig (1854-1929) is one of the most internationally known representatives of the late painting school in Düsseldorf. Originally from a family of painters in Dresden, Hugo Mühlig moved to Düsseldorf in 1881, where the landscape painting had outstanding representatives with Eugen Dücker and the brothers Achenbach. Today, works by Hugo Mühlig can be found not only in numerous private collections, but also in various German museums such as the National Gallery of Berlin, the Museum of Fine Arts in Düsseldorf, the Gemäldegalerie Neue Meister in Dresden, the Staatliche und Städtisches Kunstsammlungen (Neue Galerie) in Kassel and the Wallraf-Richartz-Museum in Cologne.

On 94 pages, 41 typical paintings by Hugo Mühlig are presented with colour illustrations and text.

Only available in German. Published in 1993.